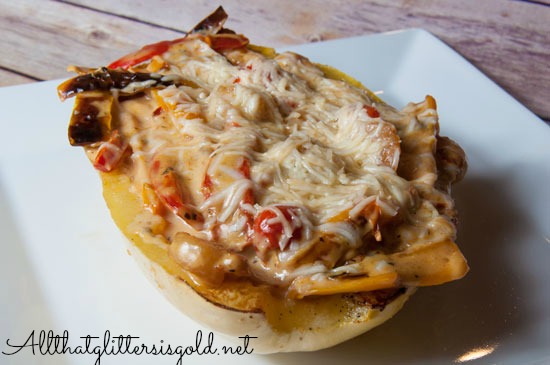 I’m not a health kick guys! Woohoo! I’ve been doing really well with eating healthy and I’ve been working out regularly. I’ve even been taking Sophie on walks every night (except when it was like 30 degrees….) Now, I realize that alfredo sauce is not the healthiest thing ever, but when you put it over spaghetti squash instead of pasta it makes it infinitely better for you! haha! You may remember this recipe of spaghetti squash with meat sauce a few weeks back, and I still vouch that it is the best one ever….but when you’re in the mood for a creamy sauce this one, is top notch.

I have been a pasta addict since the days of the Little Caesars spaghetti bucket back in the day, so giving it up cold turkey is just NOT going to happen for me. I have to say though, that this recipe is a GREAT alternative! It is filling and it does a great job at creating the same sort of consistency. If you have never had a spaghetti squash before you will want to check out the directions down there, because I just away my BIGGEST spaghetti squash secret: how I cut the damn thing! Enjoy! 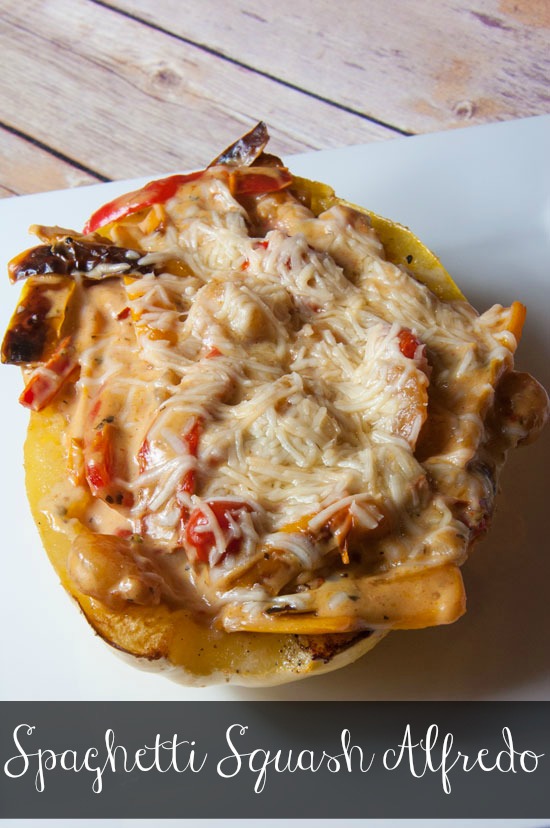 We like to eat ours out of the squash like a bowl. Makes life more fun. But, you can scoop it all out and be normal too. Have fun and let me know if you end up trying it out!